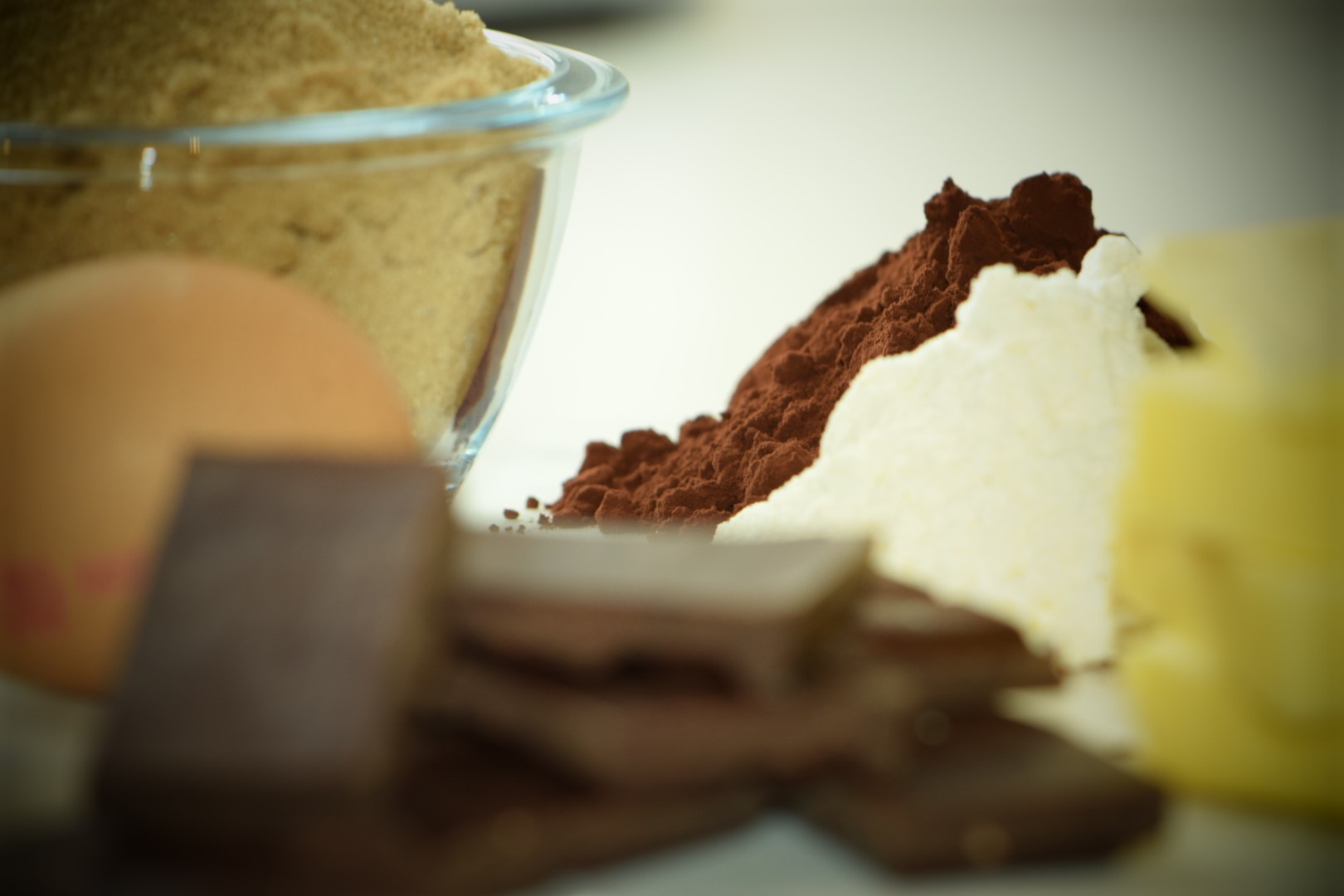 In addition, the heat from baking appears to refresh and amplify the complexity and depth of the single origin chocolate, further transforming the complexity of the cocoa flavours, heightening character, resulting in a bolder and brighter brownie which is hard to resist.

I chose two single origin chocolates for my brownies, Madagascan and Colombian and I love them both for very different reasons. The Madagascan takes cocoa from the Sambirano forests off the north west coast of Madagascar, it has beautiful red fruit notes and a warming acidity resulting in an intense brownie with a buttery finish. The Colombian is seriously dark with an usual floral, smoky edge. The cocoa is grown and harvested under the canopy of the tropical forests of Tumaco. Both cocoas are grown in distinct regions within their respective countries of origin and as such possess flavour characteristics of the terroir in which they are grown.

I worked on a recipe for the brownies which includes a level of chocolate which is greater than the average brownie. The balance of chocolate and sugar is key, too little chocolate or cocoa mass and too much sugar results in an overly sweet brownie with very little cocoa content. Too much chocolate and the brownie can be too dry and firm. Getting the balance just right means that the brownie is chocolate rich whilst retaining tenderness contributed by the sugar. The cocoa mass content of the chocolate I use is 70% or greater, up to 100% cocoa mass, this variation in mass is adjusted in the recipe to suit whichever I use to ensure consistent results.

The eggs are always fresh and free range and each slab contains two whole eggs. Eggs help with texture and richness so no half measures here.

The butter is always unsalted allowing me to add just the right amount of sea salt, this really brightens and heightens the character of the cocoa. The sea salt itself is Guerande coarse sea salt, harvested by hand from the salt marshes of Southern Brittany. I crush a little further by hand. You can taste the salt in little peaks of sea salted savouriness as you eat.

The sugar is key too. Most brownie recipes List white sugar; processed to remove molasses, resulting in a bland flavourless sugar. By selecting an unrefined light soft brown sugar the brownies are given a delicate molasses led sweetness which is gentle enough not to overpower the all important cocoa notes.

I do not add vanilla directly to the recipe, not because I don’t like it but because I like the cocoa flavour more!

I constantly strive for brownie perfection and I love it!

2 thoughts on “The Ingredients”