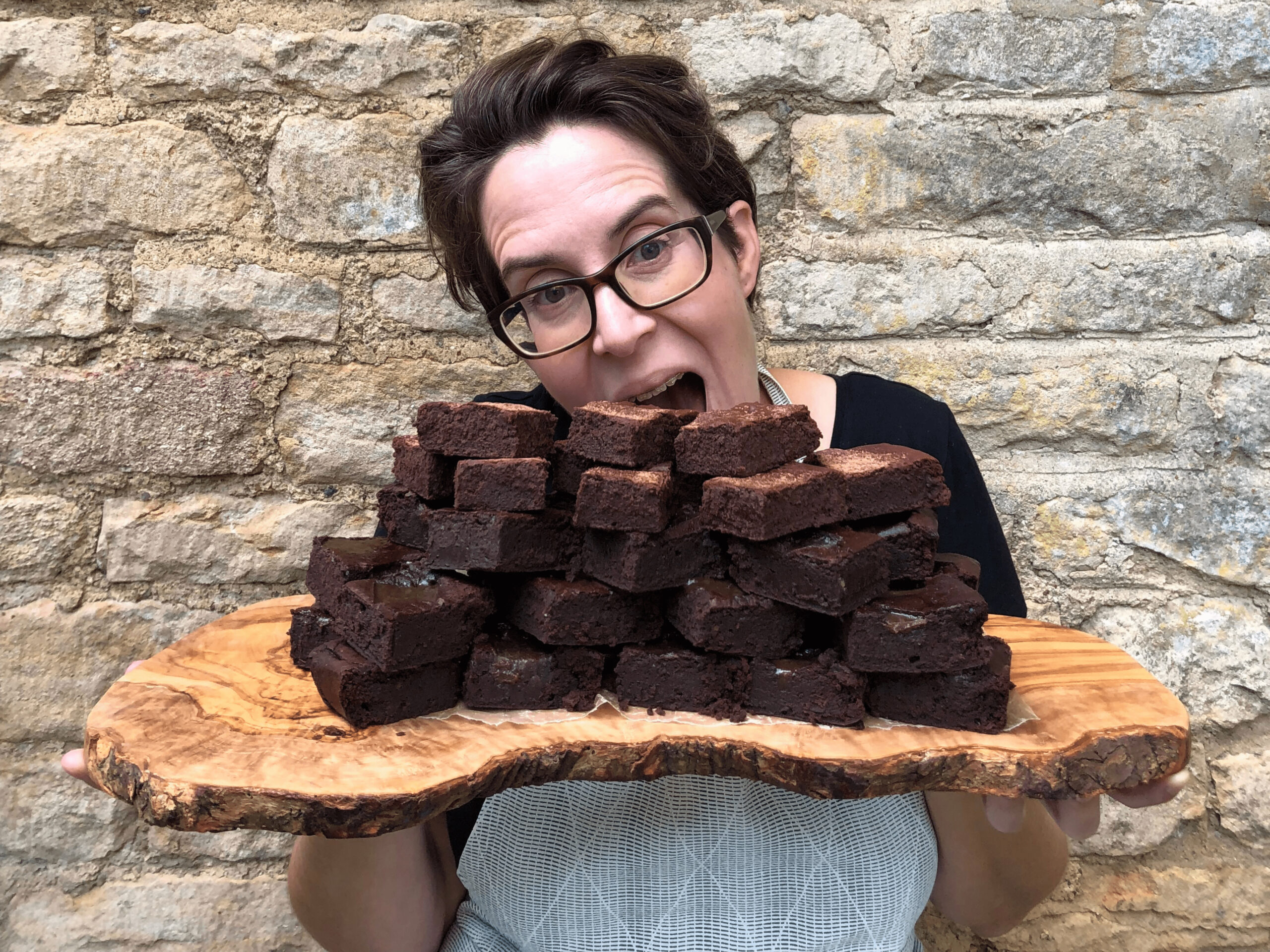 B is For Brownie adds single origin chocolate vegan brownie to its growing product range.

B is For Brownie is renowned for their use of luxury single-origin chocolate in their recipes, and to the delight of the vegan community – who up until now, could only stare longingly at pictures on B is For Brownie’s Instagram – Lou Cox, founder and Head Brownie Baker has confirmed that the vegan addition is now available online.

Early taste tests for the new recipe have been universally positive, with rave reviews from some very well-respected foodies.

Chocolate writer and award-winning bean to bar chocolate maker Dom Ramsey writes, “I’m very happy with them. The flavour is good and rich, and I like the texture, it’s the perfect balance of cakey and fudgy. I wouldn’t have known they were vegan!”

Sophie continues, “And I confirm that she has nailed it. It’s rich, fudgy, and seriously chocolatey. Completely and utterly delicious!”

When asked about the baking process, Lou, who founded the company back in 2015 with a mission to create a luxury brownie using only the very best ingredients, had this to say, “it’s been very tricky with lots of versions and test bakes!”

“It’s especially tricky with a vegan brownie, as the eggs and butter are no longer present, and they are normally so key to flavour and texture.”

Lou goes on to explain that the vegan butter alternative and oat milk were carefully chosen to provide the textures and flavours that brownie fans will instantly recognise.

“Of course, the single-origin Madagascan chocolate is the main focus of the final recipe. It’s incredibly flavourful, and because terroir contributes to the final flavour of the cacao, each harvest will result in an exciting tweak to flavour. An element of surprise which translates very well when baked into a vegan chocolate brownie.